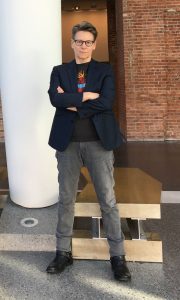 CUNY Libraries are open online during the coronavirus crisis — open for reference, for online instruction, and for research with open texts and with licensed electronic collections. We look forward to re-joining students, faculty, and inter-library loan networks as onsite service begins over the summer of 2021.

Libraries must close physical locations to flatten the curve of virus transmission and to not endanger lives. At the same time, we work to expand the publicly-available electronic archive and to enhance online delivery through inter-lending networks.

During this crisis and as always, librarians tend collections and networks. Every reader must be have safe access to knowledge and culture. Libraries not only digitize the works we rely on now, and allow them to be discoverable, we also press to expand audiences who can reach the world’s scholarship and literature. What good is a book on the shelf, if it does not get into a reader’s hands? What good is an e-book online if only privileged readers can get to it?

CUNY Libraries have long focused on sharing materials, on getting books into readers’ hands and onto their screens, in ways that work in a crisis and last for an eternity. Intra-CUNY borrowing expanded in 2005, transforming CUNY Libraries into a high-functioning inter-lending system. With the Metropolitan New York Library Council, OCLC SHARES, the New York Public Library, New York University, and Columbia University libraries CUNY Libraries have persistently expanded access for CUNY scholars and for those unaffiliated with institutions. We established the CUNY Academic Works institutional repository in 2014.  Just as CUNY readers seek meaningful access to the fullest part of the world’s literature, CUNY Librarians press for all CUNY scholarship to be publicly available.

My early work with queer archives and AIDS activism primed my present-day focus on open, widely accessible, and networked libraries. During the late 1980’s AIDS crisis, New York City’s research libraries held information crucial for survival and resistance by people on the social and economic margins. Then as now, library entrance policies prevented access to scholarship and knowledge for those who most desperately sought it. Now, with current bodies of academic research brokered by electronic publishers to select readers, through their libraries, we face the same challenge. Readers hit $35+ paywalls online if they don’t authenticate for ‘free’ access through a university library subscription. We are all under advisories to stay home, so even if we are normally allowed in library buildings, we all now have to work with what we can get to online. Higher education must square reader online access policies with their professed missions to serve the public good. All scholarly publication must be openly accessible online, *now,* to academic and non-academics alike. We are all *now* readers in emergency.

I served as CUNY’s Interim Dean for Library Services March – December 2020, and as Chief Librarian at the CUNY Graduate Center from 2011 until then. I started at the Graduate Center in 2002 as Associate Librarian for Public Services. Before that I was Coordinator of Instruction at Colorado State University Libraries. I worked for CUNY Hunter College Library during the early 1990s and at New York University and Yale in the late 1980s. Before that, I earned a BS in Anthropology from the University of Illinois and clerked in the U of I’s Communications Library. I earned an MS in Library and Information Science from the U of I in 1984 and a 2nd MA in Liberal Studies from the CUNY Graduate Center in 1996.

My library administrative work has supported my interest in public history and archival practice. In 2019 I developed a lecture-performance using the archive of material I collected about the Berlin museum founder, collector, raconteur, and queer elder Charlotte von Mahlsdorf. I composed an essay centering the role of lesbians jailed in the New York City House of Detention for Women in sparking the Stonewall Riots. All my scholarship is posted in CUNY’s Academic Works institutional repository.

Need help with the Commons? Visit our
help page Send us a message

Built with WordPress Protected by Akismet Powered by CUNY